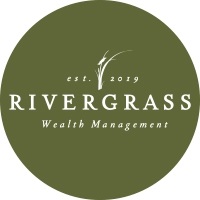 Evergrande – Not so grand and why does it matter?

Global stock markets (those that were open, more on that later) have been rocked at the beginning of this week.  Obviously, the COVID Delta variant has had an impact on the global recovery from shutdowns, but we’ve know about this for weeks and the market has priced this in.  The big news is the potential default of Evergrande.  What is Evergrande and why does it matter?  Evergrande is the second largest developer IN China.  For the past two decades, the Chinese government has encouraged vast development to bring its citizens out of the less developed part of the country into giant new cities.  Unfortunately, many of these new cities and buildings are empty and speculative real estate buyers have been fewer and farther between.  This has left Evergrande with over $300 billion in debt.  This debt is owned by banks, bond holders (including institutional buyers for mutual funds and ETFs), share holders, and employees.

We have known this for a while, Evergrande’s share price is down 80% year to date.  So what has changed?  China, and more specifically the direction President Xi Jinping is trying to push the country.  China is becoming more insular.  COVID and the effect it had on global supply chains plus the United States backing away from its position of protector of the seas and global trade - is accelerating this.  Government crack-downs in Hong Kong, limiting power of giant Chinese tech companies, and smoke signals that the Chinese government will not bail out companies are all evidence of a changing China (or Back to the Future China).  This too, is common knowledge, why did the market react so abruptly on Monday?  Because the indication that China may not bail out failing companies created nightmares of a Lehman Brother’s-like failure that creates contagion to other markets is the largest reason, in my opinion.  The other reason is: complete lack of market information since Friday, September 17, 2021 – Asian markets closed on Friday to celebrate the Lunar New Year and will remain closed most of this week.

This leaves us with a big question:  Will an Evergrande default spark contagion into world markets similar to the default of Lehman Brothers?  First, we don’t know if there will be a default.  The Chinese government has issued veiled statements that leave us guessing.  Which leads us to the biggest question:  What ultimate direction is Xi taking China?  Clearly, the US is taking the long-term approach of less reliance on Chinese goods, less protection of international shipping waters, and less supply-chain interruptions by moving manufacturing out of China.  Xi, as de facto dictator for life, is reshaping the Communist party in his image (again, looking a lot like the Chinese Communist Party of the past).  We are in the very early chapters of this story.  I do not believe that Evergrande itself is the cause of the market pullback this week.  However, it has brought to the forefront the geopolitical changes going on in the world right now.  These changes were already on the horizon, but COVID accelerated them. It is way too early to know the long term consequences.  As my favorite economist, Bob Dylan, once said,

The line it is drawn

The curse it is cast

The slow one now

Will later be fast

As the present now

Will later be past

The order is rapidly fadin’

And the first one now

Will later be last

For the times they are a-changin’